Does it really make sense to convince yourself to believe something that may or may not be true? Where do you draw the line?

What defines truth? Is truth an external quality, completely independent of the observer?

If reality is completely independent of you, external and objective, then you can say that truth is entirely outside yourself. Truth would then be independently measurable and verifiable. This means that your beliefs will have no effect on reality itself. Whether you believe the world is peaceful or violent, your thoughts will have no impact on the level of peace in the world.

So if reality is 100% independent of our thoughts, then it makes sense to study external reality to figure out what to believe. Seeing is believing. The best we can do is to perceive external reality as accurately as possible, so we can make the best possible decisions.

But if reality is even partially created by our thoughts, then we cannot merely look to external reality as an impartial observer because our thoughts will be creating things at the same time we’re trying to observe. There can be no passive observation in this case. Our own beliefs will be reshaping reality. Believing is seeing. If this is how reality works, then we need to assume great care in choosing our thoughts responsibly because they are affecting the world itself.

So which type of reality do we actually live in?

Many people behave as if we live in the purely objective reality. However, it’s easy to see that this answer is definitely wrong, but only when you’re on the outside looking in. If you believe in a purely objective reality, you’ve trapped yourself in your own thought bubble, where your beliefs are creating a higher degree of objectivity than inherently exists. By dropping this belief, you’ll be more capable of taking advantage of the creative power of your thoughts. In order to use your thoughts to create, you must first believe it’s at least conceivably possible to do so.

There are several reasons why this is so. First, if quantum theory is to be believed, then it’s clear that our observations influence reality. An unobserved quantum system can be expressed only probabilistically, but an observed one undergoes quantum collapse and manifests a single, measurable outcome. And this effect can even be linked with macroscopic events, such as in the case of Schrodinger’s cat experiment.

However, you don’t need to dive into quantum physics to see how your thoughts affect reality. At the very least, it should be obvious that you’re capable of interacting with the world through direct action. If you make a decision to do something and then do it, your thoughts are affecting reality through your actions.

Secondly, your thoughts can affect reality through indirect action, whereby your beliefs make you a self-fulfilling prophecy. If you go to work each day, you’re a self-fulfilling prophecy. There’s no law of the universe that says you have to do so. It’s your beliefs that get you going to work each day. And when you do that, you have an impact on the world, again through your actions. You perform certain work, and you neglect to perform different work. Your beliefs about reality will be reflected through your actions, often in extremely subtle ways. I haven’t had a job since the early 90s because I believe I don’t need one and that I wouldn’t ever want one. That shapes my experience of reality as well as impacting everyone who comes into contact with me.

Thirdly, there may be a pathway that allows for your thoughts to impact reality while bypassing direct action, such as through superconscious means. For example, do your thoughts about wanting to start your own business somehow mobilize the universe to bring you the resources you need through the experience of synchronicities? Many people believe this to be the case. This is something I’ve been studying actively lately, trying to understand to what degree I can change reality just by intending it to change.

But whether you believe in superconscious effects or not, you should at least be able to accept that your thoughts can change reality through direct (conscious) or indirect (subconscious) action. You can act upon the world. You can move things around, talk to people, make changes, etc. Of course, if you harbor the belief that your actions will be ineffective, then you create yourself as a powerless entity. But if you were to change your beliefs about that, you could significantly change the world.

Your thoughts are not merely passive observations. They have a creative component to them. And that component, however small it may be, means that you are creating whenever you think. You’re either directly making decisions, or you’re programming your subconscious, or you’re putting out superconscious intentions that will eventually manifest in some way.

This is a key point. Understand that beliefs are decisions. They are choices. When you hold a belief, you aren’t merely observing reality — you’re actively creating it.

So if you adopt the belief that you will lose weight, understand that what you’re doing is choosing to lose weight. You’re setting up the prophecy you wish to fulfill. If your thoughts could not impact reality, then this would be foolish. But if your thoughts can and do impact reality, then it’s just common sense to choose the beliefs that are aligned with what you wish to create. So if you’re overweight and believe you cannot lose weight, you’re actually choosing to be fat. And underlying that belief may be a whole web of other disempowering beliefs — you may need to unravel quite a few of these in order to feel comfortable creating fitness for yourself.

The belief that reality is purely objective and that your thoughts cannot influence it is nothing but a self-fulfilling prophecy, whereby you abuse the power of thought to make yourself powerless. And it is only fear that causes you to do this, fear that if you were to fully embrace the creative power of your thoughts, you wouldn’t be able to handle it and would be overwhelmed with a feeling of responsibility. But that fear is also a belief, one which you’re equally free to drop because it doesn’t serve you. You have the power to let it go whenever you’re ready.

I hold the belief that my thoughts are capable of having a significant impact on reality, and I feel a strong sense of responsibility for what I am creating with my thinking. It took a long time, but I feel I’ve successfully aligned my dominant thoughts with what I believe is the greatest good of all — for all of us to grow more conscious and aware. My whole life is aligned with that purpose. But ultimately it’s a choice. This is how I choose to live.

I think that anyone who’s been following my progress for the past year can see how my thoughts and beliefs are helping to reshape reality. Because I believe I can have an impact, I’m able to do so. Like everyone else I’m a self-fulfilling prophecy. I have the privilege of reaching out to a lot of people every time I sit down to write (in October this site received 975,000 page views). But this simply occurred as a natural consequence of my chosen beliefs. I didn’t look to external reality to decide whether I could do this or not. I didn’t waste time looking outside myself to figure out how successful I could be. I simply decided to make it so, knowing that my beliefs would find a way to manifest. On the other hand, I could just as easily have settled for beliefs that would have me sitting around and doing nothing.

Now fast forward ten or twenty years. It shouldn’t be hard to predict the effect my beliefs will have in the long run. It will mean eventually influencing millions of people on a regular basis. And if the effect is a strong and positive one, then it can have a significant impact on the future direction of life on earth. The individual effects may be small, but the cumulative effect of getting more people to consciously chose a purpose for their lives could be huge. Now if one person can have such an impact simply by choosing to believe it’s possible to do so, then what could 10 or 100 or 1000 people accomplish if they consciously chose to harbor thoughts which serve the greatest good of all?

So the problem with looking purely outside yourself to decide what to believe is that you make yourself powerless by doing so. This approach would only make sense if you were a passive observer viewing an independent system. But that’s not the reality you’re living in. You aren’t a passive observer. You’re a part of what you’re observing. Right now you might be perceiving yourself as a small and insignificant part of the whole, but you can choose to play a bigger and more impactful role if you want to.

Back to: Ascension Articles The Law of Attraction

"One of the key models for goal achievement is that of cause and effect. This model says that your goal is an effect to be achieved, and your task is to identify and then create the cause that will produce the desired effect, thereby achieving your goal..." Read More 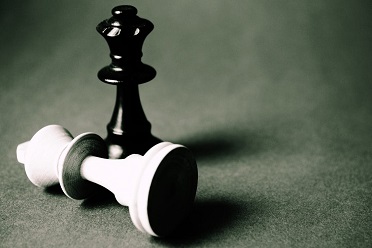 " When I want to make a significant change in my life, I often think of it in terms of switching dimensions. My attention is focused on my current reality right now, and my desired situation can be said to exist as some alternate reality outside of my primary focus. In that other reality, there’s another me who’s already where I want to be. My goal then is to become that other me and to shift into this reality..." Read More

The Law of Attraction 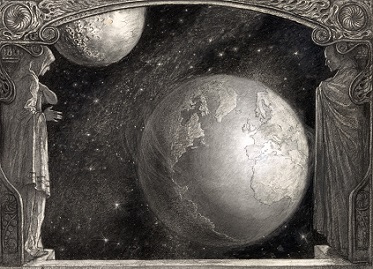 Ascension and The Dimensions

" The fourth dimension fosters the futuristic realization that no one is greater or more important than anyone else. This is the beginning of our understanding of oneness. The oneness stops being a thought or a concept but a reality felt inside and incorporated into feelings, mental thought and belief. How we understand time in this dimension determines how we can manifest and gain access to the deeper meanings and richer benefits of this often-unrealized world..." Read More

" The Ascension is explained by those in spiritual circles as an alchemical process meant to assist humans in evolving to a higher level of existence. In other words, humanity is thought to be ascending out of 3D reality (physicality) to a higher dimensional state..." Read More