The Law of Attraction

Here are some of those problematic questions (all are generalizations of ones I received via email):

What happens when people put out conflicting intentions, like two people intending to get the same promotion when only one position is available?

Do children, babies, and/or animals put out intentions?
If a child is abused, does that mean the child intended it in some way?
If I intend for my relationship to improve, but my spouse doesn’t seem to care, what will happen?

These questions seem to weaken the plausibility of the Law of Attraction. Sometimes people answer them by going pretty far out. For example, it’s been said by LoAers that a young child experiences abuse because s/he intended it or earned it during a past life. Well, sure… we can explain just about anything if we bring past lives into the equation, but IMO that’s a cop-out. On the other hand, objective reality without the Law of Attraction doesn’t provide satisfactory answers either — supposedly some kids are just born unlucky. That’s a cop-out too.

I’ve never been satisfied by others’ answers to these questions, and they’re pretty important questions if the Law of Attraction is to be believed. Some books hint at the solution but never really nail it. That nail, however, can be found in the concept of subjective reality.

You may not see it yet, but subjective reality neatly answers all these tricky Law of Attraction questions. Let me ‘splain….

In subjective reality there’s only one consciousness, and it’s yours. Consequently, there’s only one source of intentions in your universe — YOU. While you may observe lots of walking, talking bodies in your reality, they all exist inside your consciousness. You know this is how your dreams work, but you haven’t yet realized your waking reality is just another type of dream. It only seems solid because you believe (intend) it is.

Since none of the other characters you encounter are conscious in a way that’s separate from you, nobody else can have intentions. The only intentions are yours. You’re the only thinker in this universe.

It’s important to correctly define the YOU in subjective reality. YOU are not your physical body. This is not the egoic you at all. I’m not suggesting you’re a conscious body walking around in a world full of unconscious automatons. That would be a total misunderstanding of subjective reality. The correct viewpoint is that you’re the single consciousness in which this entire reality takes place.

Imagine you’re having a dream. In that dream what exactly are YOU? Are YOU the physical dream character you identify with? No, of course not — that’s just your dream avatar. YOU are the dreamer. The entire dream occurs within your consciousness. All dream characters are projections of your dream thoughts, including your avatar. In fact, if you learn lucid dreaming, you can even switch avatars in your dream by possessing another character. In a lucid dream, you can do anything you believe you can.

Physical reality works the same way. This is a denser universe than what you experience in your sleeping dreams, so changes occur a bit more gradually here. But this reality still conforms to your thoughts just like a sleeping dream. YOU are the dreamer in which all of this is taking place.

What happens when people put out conflicting intentions, like two people intending to get the same promotion when only one position is available?

Since you’re the only intender, this is entirely an internal conflict — within YOU. You’re holding the thought (the intention) for both people to want the same position. But you’re also thinking (intending) that only one can get it. So you’re intending competition. This whole situation is your creation. You believe in competition, so that’s what you manifest. Maybe you have some beliefs (thoughts and intentions) about who will get the promotion, in which case your expectations will manifest. But you may have a higher order belief that life is random, unfair, uncertain, etc., so in that case you may manifest a surprise because that’s what you’re intending.

Do children, babies, and/or animals put out intentions?

No. Your own body doesn’t even put out intentions — only your consciousness does. You’re the only one who has intentions, so what takes precedence is what YOU intend for the children, babies, and animals in your reality. Every thought is an intention, so however you think about the other beings in your reality is what you’ll eventually manifest for them. Keep in mind that beliefs are hierarchical, so if you have a high order belief that reality is random and unpredictable and out of your control, then that intention will trump other intentions of which you’re less certain. It’s your entire collection of thoughts that dictates how your reality manifests.

If a child is abused, does that mean the child intended it in some way?

No. It means YOU intended it. You intend child abuse to manifest simply by thinking about it. The more you think about child abuse (or any other subject), the more you’ll see it expand in your reality. Whatever you think about expands, and not just in the narrow space of your avatar but in all of physical reality.

If I intend for my relationship to improve, but my spouse doesn’t seem to care, what will happen?

This is another example of intending conflict. You’re projecting one intention for your avatar and one for your spouse, so the actual unified intention is that of conflict. Hence the result you experience, subject to the influence of your higher order beliefs, will be to experience conflict with your spouse. If your thoughts are conflicted, your reality is conflicted.

If you stop thinking about something entirely, does that mean it disappears? Yes, technically it does. But in practice it’s next to impossible to uncreate what you’ve already manifested. You’ll continue creating the same problems just by noticing them. But when you assume 100% responsibility for everything you’re experiencing in your reality right now — absolutely everything — then you assume the power to alter your reality by rechanneling your thoughts.

This entire reality is your creation. Feel good about that. Feel grateful for the richness of your world. And then begin creating the reality you truly want by making decisions and holding intentions. Think about what you desire, and withdraw your thoughts from what you don’t want. The most natural, easiest way to do this is to pay attention to your emotions. Thinking about your desires feels good, and thinking about what you don’t want makes you feel bad. When you notice yourself feeling bad, you’ve caught yourself thinking about something you don’t want. Turn your focus back towards what you do want, and your emotional state will improve rapidly. As you do this repeatedly, you’ll begin to see your physical reality shift too, first in subtle ways and then in bigger leaps.

Back to: Ascension Articles
Reframe Your Mind to Relieve Your Body Pain 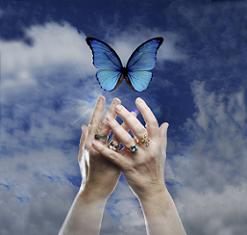 "Your thoughts are not merely passive observations. They have a creative component to them. And that component, however small it may be, means that you are creating whenever you think. You’re either directly making decisions, or you’re programming your subconscious, or you’re putting out superconscious intentions that will eventually manifest in some way.... This is a key point. Understand that beliefs are decisions. They are choices. When you hold a belief, you aren’t merely observing reality — you’re actively creating it..." [Read More...]

"One of the key models for goal achievement is that of cause and effect. This model says that your goal is an effect to be achieved, and your task is to identify and then create the cause that will produce the desired effect, thereby achieving your goal..." Read More

“A good measure of one's progress along the evolutionary road of ascension is to consider how you view the inevitable difficult events that you encounter in your daily life. Sadness, distress, and fear are common forms of reaction and they may even serve a positive purpose in the short term as we come to grips with loss and pain and find solace in our emotional interaction with others...” [Read More...]

What is a Manifestation?

Manifestation is the art (or science) of making things happen in this plane of existence or material world Deepak Chopra and Wayne Dyer often refer to the Field of Intent. If you place your desire or wish in the field of intent it will manifest in the material (real) world.
Law of Attraction Frequencies

Reframe Your Mind to Relieve Your Body Pain

"The fact is, many people feel overwhelmed by their body pain and feel unable to do something about it. In fact, pain is made much worse (or made chronic) by the way we think about it ... and how often we think about it!..By focusing on the problems, you are actually reaffirming a negative cycle. Let us now "reframe" the above negative thought into a positive one..." [Read More...]

"As you focus on this golden key to achieving ascension this lifetime remember the power you have as a vast expression of Spirit embodied with a powerful mind and beautiful will. Remember that everything is Love within the Sacred Hoop, and you are expanding the hoop with your choice to live in Compassion for All..." [Read More...]

The Ascension Process and Re-Wiring Your Brain 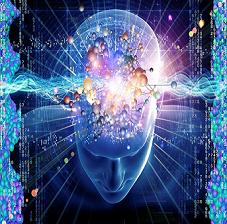 "Your vibe controls which thoughts you have access to. As you begin to shift your default vibe, your thinking will change as well. You’ll begin to get new ideas that are inspired by the new vibe. Notice especially the ideas that are out of sync with your old vibe but which are clearly spawning from your new vibe..." [Read More...]