Every level of consciousness outlined in the article Levels of Consciousness is actually a trap.

When you make the leap to a new level, initially everything feels wonderful. You’ve discovered the secret that’s been eluding you all these years. And for a while, your new mindset seems to work just fine. You operate at a whole new level. Problems that seemed like insurmountable obstacles are now nothing but minor bumps in the road.

But eventually something screwy starts happening. The same mindset that worked so well for you in the past gradually stops working. The more you try harder and harder to make it work, the worse it fails.

As soon as you figure out that your current level of thinking is actually a trap, this realization is what springs your consciousness up to the next highest level.

Consider the level of pride, for example. The trap of pride is that your self-esteem is very fragile — it’s based on your external reality being a certain way. You end up spending more and more time defending that reality. And eventually it cracks. When you realize that defending your fragile pride is a hopeless and pointless battle, you pop up to the Level of Courage and begin facing your fears for real instead of pretending you’ve already conquered them.

But courage is also a trap. Initially it works well, but after a while it gets you into trouble. You become too controlling, spending more and more time trying to control what you cannot. Your frustration mounts. As soon as you realize that trying to control everything is hopeless, you pop up to the Level of Neutrality

With neutrality you adopt the belief of “live and let live.” You become more mellow and accepting of people as they are. Life at this level is initially very comfortable. But eventually the trap springs. Your life becomes gradually burdened by things that start to bug you. You complain about them instead of doing something about them, and nothing happens. Things get worse instead of better. You may gain weight, have financial problems, or encounter other frustrations. Procrastination is your way of life. But you can’t solve these problems by hoping and complaining. As soon as you realize that nothing will change unless you get yourself to take action, you raise your consciousness to the Level of Willingness .

And willingness is itself a trap. You’re taking action and developing self-discipline. That works great for a while, but then you start to realize you’re like a mouse on a treadmill. You’re working hard, but you aren’t really getting anywhere. People take advantage of you. You start feeling bitter about investing so much effort for so little reward. And as soon as you see the trap, you rise to the Level of Acceptance .

Now you accept responsibility for directing your own life instead of working so hard to achieve others’ goals for you. You set your own goals, make plans, and start achieving them. You learn to focus your energy. This works great at first, but then you start failing. And failing. And failing. You’re setting goals and working hard, but you don’t really know what you’re doing. You don’t understand the natural laws that are operating in your world. You become frustrated that even less “worthy” people are passing you up. Eventually you recognize the trap here — that if you don’t understand the rules of how the world really works, you’ll never be able to succeed at achieving your goals. You rise to the Level of Reason .

Now at the level of reason, you take the time to learn the rules. You become very interested in absorbing new knowledge. When I hit this level, I changed my business model and started thinking very analytically and strategically. I studied sales and marketing. I did market research. I applied what I learned. And I finally released a hit product. I figured out the rules I needed to follow in order to succeed, and they worked. But the level of reason is also a trap. The more you think, the more you realize that the mind alone, no matter how intelligent and knowledgeable you become, cannot provide the context for your life. It can’t provide purpose or meaning. You can think and think and analyze and analyze, but no amount of data or information can tell you why you’re here and what to live for. You start to feel empty and ask questions like, “Is this all there is?” Your reasoning starts to run you in circles, and you finally see that it’s a trap. And then you rise to the Level of Love

And so the cycle continues. The only constants are growth and change. The more you resist learning the lessons that will raise your awareness to the next level, the more pain and frustration you create for yourself.

Whenever you reach a new level of awareness, you retain the benefits of the previous levels, but you release their weaknesses. You maintain the confidence of courage without the recklessness, the comfort of neutrality without the passivity, the discipline of willingness without the frustration, the focus of acceptance without the failure, the intelligence of reason without the analysis paralysis.

Yesterday afternoon I had a breakthrough of my own. After being at the level of reason for about 6-1/2 years, I finally reached the Level of Love. Of that I’m certain. This isn’t the emotion of love — it’s the consciousness of unconditional love. It’s hard to put into words, but part of it is a feeling of total oneness with all that exists. It’s a feeling of being a conduit for life itself, like being part of a much larger whole instead of just an individual ego. For about a year now, I could see the signs that I was getting close to making the leap, but yesterday it finally hit me, and the full awareness of this new level of consciousness flooded into me.

I caught my first glimpse of the level of love in 2002. It started with profound flashes of intuition and surges of synchronicity. At first they’d last a few days or a week, but there would be months between these episodes. I’d document them in my journal but otherwise ignore them. But then I got curious and started acting on them in small ways, and I gradually became convinced that there was some higher intelligence working through them. When I started trusting my intuition and these synchronicities more often, their presence in my life swelled, and they’d lead me to new solutions, shredding even the toughest problems far more effectively than reason and logic could. But I still didn’t fully trust them. Eventually though, I was able to let go, and these intuitions and synchronicities switched on permanently and never turned off — now the conduit is always open.

It’s going to take me a while to get used to this. First, I have to celebrate though, especially after working so consciously and so hard at this for 6-1/2 years. It was not remotely easy, but it was worth it.


Back to: Ascension Articles How Does Consciousness Relate to Personal Growth? Ten Ways to Become More Conscious

How To Raise Your Vibration 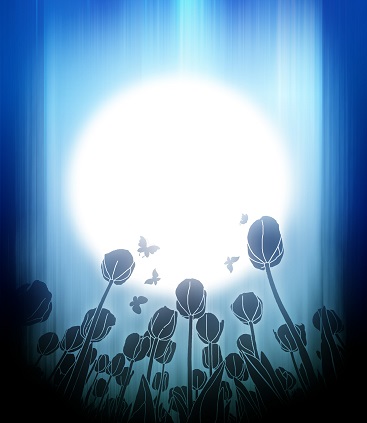 Ways To Raise Your Vibrational Frequency

"Ascension is all about raising your vibration. Energies are swirling about and changes are occurring internally and externally. Sometimes the symptoms of ascension can seem uncomfortable because they are unfamiliar or you may not be well prepared for the intensity that these higher energies and frequencies can bring..." [Read More...]

"The challenge is that it takes consciousness to grow consciousness. But you needn’t worry about this because you already have the seed. Think of it like fire. You have a flame, and you want to turn that flame into a huge blaze. How do you do it? You add fuel. The following list includes examples of how you can add fuel to your flame of consciousness to become a raging inferno of consciousness...." [Read More...]

" As you experience such a transition, you’ll probably find yourself naturally drawn to spend more time with others who are very conscious and aware. Some of your old relationships may weaken because they’ll no longer be compatible with you. Don’t remain fearfully attached to relationships that no longer serve you, since you’ll be..." [Read More...]

“If you are ready to step free of the darkness and negative programming encircling human consciousness then you must fortify your energetic field and functionality. This is required to sustain and support higher communication between the dimensional selvesl...” [Read More...]

How Does Consciousness Relate To Personal Growth?

"How are you making the biggest decisions of your life? What career should you choose? Should you marry? Should you have children, and if so, how many? What’s most important to you in life? Don’t kid yourself into thinking you’re making these decisions based on what’s most practical. Ultimately you’re forced to go with intuition..." [Read More...]

“Suffering is nothing more than a lack of consciousness. The more conscious you become, the less you suffer. The act of raising your consciousness is really a process of letting go of every thought that causes you to suffer. This process can take considerable time, but it does work. Every step you take in this direction will yield an improvement...” [Read More...]

"When you temporarily experience the higher levels, you can see where you must go next. You have one of those moments of clarity where you understand that things have to change. But when you sink into the lower levels, that memory becomes clouded. We have to keep consciously taking ourselves back to the sources that can help us complete the next leap. Each step requires different solutions..." [Read More...]