How can I maintain high self-esteem in light of frequent negative external feedback? I try to maintain a positive attitude, but I’m so easily brought down by those around me. Their words and actions often trigger me to feel irritated, angry, stressed, depressed, etc. I can’t seem to escape this cycle regardless of how hard I try to stay positive. What can I do about this?

Many self-help books answer this question by saying that you always have the ability to choose your emotional response to any situation. There’s a gap between stimulus and response, and within that gap you have the power to choose. So if someone insults you, you can pause after hearing the insult, notice the urge to strike back and let it pass, choose not to feel insulted, and go on about your day as if nothing ever happened.

From a certain perspective, that’s actually the correct answer, but the practical application is a lot more involved. This solution will only work once you’ve reached a certain Level of Consciousness, and if you’re currently experiencing this problem, you haven’t reached it yet.

The way it works is more a matter of degree than of essence. As you become more conscious and aware, your Effective Gap becomes wider and wider, thereby increasing your ability to choose your response consciously instead of having your response well up from your unconscious.

This solution is sort of like saying that if you want to hit a home run in baseball, you need to hit the ball really hard. Sure that’s one way of looking at it, but it glosses over all the training that goes into building that skill. Becoming immune to negativity works the same way — it’s a skill that can take years to build.

As you become more resilient, the gap between stimulus and response doesn’t actually become any wider in linear time. It may still last only a few seconds. But within those seconds, you have the ability to summon more of your conscious resources. Your subconscious ego-driven reactions become quieter and quieter, and your conscious Self becomes clearer and clearer.

At first, it’s a milestone just to become aware of this gap… to notice that it actually exists. The next time you experience a negative stimulus, you may start to notice the thoughts that well up from your subconscious: I’ve been insulted! How dare he! Why would she do something like that? This is hopeless! I hate this! And then you go ahead and react in accordance with those thoughts as you normally would. You may feel a bit powerless, as if you’re watching the whole thing play on autopilot but can’t control the outcome.

But as you continue to practice becoming aware of this gap, eventually the subconscious screaming will tone itself down to a dull roar. In the background you’ll begin to hear the quiet voice of consciousness. It will be blurry and indistinct at first, and you may not be able to make it out clearly: Let it g… It’s ab..t them, n… you. Y… are be..er t…n t..s. The voice will still have some ego mixed in, but it will feel very different than the reactive voice. But even as you hear this quiet voice, you will still usually obey the subconscious voice. To follow the voice of consciousness would take an enormous amount of restraint – the equivalent of biting your tongue — and it may not feel good to do so.

As you practice even more, the voices will soon become evenly matched and more distinct. At this point you’ll begin to choose the more conscious voice some of the time, but in any given situation, it could go either way. You’ll gradually become more resilient. Minor offenses will bounce off you, but major insults will still trigger a negative emotional response. Your attitude is “live and let live.”

Continue to practice, and the voice of consciousness eventually overtakes the subconscious voice. The conscious messages become clearer as the ego is squeezed out of them. Now they aren’t just about responding with neutrality — the suggested response is one of forgiveness and unconditional love. You will still sometimes give in to anger and fear, but it takes a tremendous amount of pressure to drive you down to that level. Your default response is to stay positive and aware. You perceive an attack as a cry for help from someone who is feeling unloved, so it makes sense to respond with love. As you do this, you begin to gradually transform many of the people around you. You receive fewer and fewer attacks because attackers get no ego boost from unsuccessfully trying to hurt you. It isn’t uncommon for seemingly tough-skinned people to break down and cry when they’re alone with you. Those that can’t handle your new Level of Consciousness will simply drop out of your life, and you’ll begin attracting more like-minded positive people.

Practice some more. Now the subconscious voice is barely audible and very blurry, and the conscious voice is loud and clear. At the previous stage you learned to forgive others in a very third-dimensional way. They attack you, and you choose to be the bigger person and let it go. But now you perceive the interconnectedness of everyone. You see that all forgiveness is really self-forgiveness. You begin to notice that you’ve been subconsciously attracting these attacks all along. When you perceive an attack, you study it to learn what part of yourself you’ve been resisting, and then you forgive yourself as you do the other person. Attacks become less frequent and less severe as you continue to practice this form of forgiveness. Your life takes on a very harmonious quality. You stop attracting perceived attacks because you no longer need those lessons to grow. Your gap is now so large that it encompasses all your waking moments. You feel totally conscious, centered in the present moment, able to choose your response to any situation without the urge to lash out.

This is a long process that can take a lifetime. Most people never make it all the way through in one lifetime. One thing that will help a great deal is to hold the intention to become more Conscious and Aware.

You might have been hoping for a quick fix instead of the above answer, but there isn’t one. You already knew that though, didn’t you?

Suffering is nothing more than a lack of consciousness. The more conscious you become, the less you suffer. The act of Raising Your Consciousness is really a process of letting go of every thought that causes you to suffer. This process can take considerable time, but it does work. Every step you take in this direction will yield an improvement.

If you think this is too much work, realize that the time is going to pass anyway. This skill doesn’t take any extra time out of your day to practice. It’s an awareness you learn to integrate into your everyday life. So when you emerge at some future point, you might as well emerge more conscious and enjoy the many benefits. Eventually you’ll discover that raising your consciousness is the real work you’re here to do, not the mundane tasks you mistake for your work.


Back to: Ascension Articles

Ascension - How to Clear Upsets Using the Ascension Process

“A good measure of one's progress along the evolutionary road of ascension is to consider how you view the inevitable difficult events that you encounter in your daily life. Sadness, distress, and fear are common forms of reaction and they may even serve a positive purpose in the short term as we come to grips with loss and pain and find solace in our emotional interaction with others...” [Read More...]

How to Clear Upsets Using the Ascension Process

“The amazing synchronicities that happen and new insights you receive as a result of following through with your inner guidance will ascend your consciousness and reduce your upsets permanently. This is one of the benefits of the Ascension Process...” [Read More...] 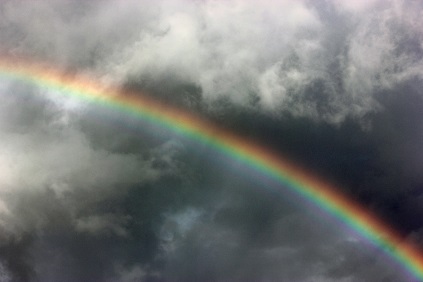 How Does Consciousness Relate to Personal Growth?

“Your level of consciousness will determine the big questions and answers in your life. Everything else trickles down from there. Your intellect exists only to serve your intuition, no matter how practical you think you are...” [Read More...]

"And yet the trials of purification sometimes appear to outweigh its rewards, allowing one to feel that there is only difficulty and pain to get through, rather than a sacred process going on, initiated by light, and corresponding to God's intention to bless the Earth and all souls..."

"You deserve so much more than what these small particles of fear want for you. You deserve to become one again, one with your spirit, one with All of creation, so do not be stopped in your tracks by these annyoing little speed bumps trying to set you off course. For the future is ever so much brighter than what these voices try to tell you. So keep breathing, and keep going, and know that you are not falling short in any way, even if you feel despair seeping in from all directions..." Surviving the Physical Aches and Pains of Ascension

Don't Give Up - Ride That Ascension Wave All the Way Through 2012 (and Beyond!)

“We live in incredible times; never before in the history of humankind has there been such an opportunity for spiritual growth. We are here to ride the wave of Ascension, leave the wheel of reincarnation and become Lords and Ladies of Light. Therefore, my answer to the question of "What's the point?" - is change...” [Read More...]