Ascension - How to Clear Upsets Using the Ascension Process

I read a blog post by Steve Beckow that tried to explain how we can deal with negative feelings such as anger and vengefulness that come up when we're reminded of what the dark side has done to us and our world. How do we deal with destructive emotions so that we lose our desire for revenge? This article offers a perspective that doesn't just repeat the typical advice given by light-workers. If I were to merely echo what Steve Beckow said, there would be no need for me to write this article.

Steve brings up several ways to deal with destructive feelings: 1. By educating ourselves such that we see that we created the dark side, as channeled messages from Mathew, SaLuSa, Hilarion and others have revealed (Steve describes this as the "cognitive" approach), 2. By hitting a pillow or screaming in your car (the "growth movement" approach), and 3. By using Ho'oponopono and forgiveness (the "forgiveness" approach. But just in case these methods don't work (which I doubt they will), Steve recommends the "upset clearing process."

The "upset clearing process" consists of getting to the bottom of the original upset by locating the earliest similar upset and feeling the feelings associated with it. "When we've reached the source of the upset and completed the experience at the base of it, the upset disappears and often will not return to bother us," writes Steve.

Except when it does (and I can assure you it will). In fact, Steve goes on to admit that the upset clearing process is not dependable, and it requires being "guided through" by someone else. But even when you are guided through it, you may need to repeat it over and over again. Writes Steve Beckow, "The fact of the matter is that it took me 23 enlightenment intensives, several repetitions of the est Training, three months of encounter groups, and numerous other workshops to release some of the major upsets in my life." In other words, the "upset clearing process" is not as effective as we'd like it to be. (What do we say about doing the same thing over and over and expecting different results?)

For those who prefer not to have to encounter "23 enlightenment intensives" and months of "encounter groups," there is a simpler method that works while placing you on the path of Ascension at the same time.

Anyway, what happens when you follow through with your inner guidance in real life is that not long afterwards, something profound usually happens and your eyes are opened, the blindfolds are taken off and you are changed forever.

Your outlook changes because you experience something profound that changes fundamentally how you view something or someone (and not because someone told you that something was so). Processing through something by going through the motions in some workshop is not the same thing! You must ascend your consciousness in a firsthand, intensely personal, real-life way!

The following is a real-life example. Years ago, there was a time when I viewed my husband as an obstacle to my goals, a log in my path. (For some reason he became that way at a point in our marriage when I got on the path of reconnecting with my higher self and following my inner guidance.)

Well, one time I made the mistake of informing him a bit late that it was his turn to take our nine-year old daughter to an important swim meet that weekend. Unfortunately he had already made plans and got mad about the late notice: I would have to take her because he would not be there!

I remember soaking in the bathtub, upset, thinking why does he have to be so difficult....I went on and on. Then he changed his mind, saying he would show up just in time for her first event.

But on the day of the swim meet he missed our daughter's first event, which got me upset at him again because she had been constantly searching for him at the meet, asking, "Where's Dad? Is he coming?"

He showed up just in time for the second event and then something amazing happened with my daughter that had me learn some profound truths about motivation and energy. Furthermore, I realized I would not have learned them had he been on time to the first event! And when my brain got this, a new insight that was even more profound came to me that had me sit down on the lawn near the swim meet and cry (and I rarely was one to cry). Needless to say, the insights I received that day changed how I viewed him forever.

Moreover, this was a major milestone for me as the Counsel of Light had communicated to me earlier through a channel that I would learn new perspectives about love and about how life works here through the amazing experiences I would have and it would be my job to share what I learned with the world. Well, it's one thing to have a medium channel for you that something will happen (one day...), but it's another thing altogether to have the Universe actually demonstrate that it was happening! My confidence in my ability to bring forth the new understandings skyrocketed after that incident, and it happened despite and even because my husband was being his difficult self.

As if this isn't enough, not only did this new insight change how I viewed my husband forever, my new perspective automatically began to filter into other people and other situations as well. Rather than getting upset about things people said or did, I noticed I responded more effectively in any situation and became more proactive. (All because my mindset had been changed by that one profound incident.)

The amazing synchronicities that happen and new insights you receive as a result of following through with your inner guidance will ascend your consciousness and reduce your upsets permanently. This is one of the benefits of the Ascension Process.

Article Source/About the Author: http://www.ChristineHoeflich.com/ Christine Hoeflich is the author of The Spiritual Awakening Process: Coming Out of the Darkness and Into the Light and Reconnected: A Spiritual Awakening Memoir, available on Amazon in Kindle and paperback / hardcover versions.


Staying Conscious While Under Attack

The Road to Awakening

Interpersonal Communication and the Awareness Gap 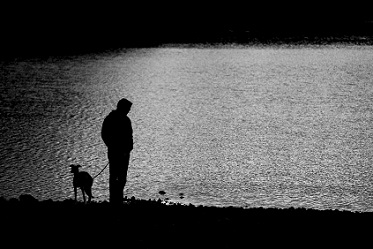 "With respect to the acceleration of the purification process on the planet, it is, without exception, produced, first, by the intensification of light upon the Earth; second, by one's own receptivity to that light; and third, by the intensity and scope of the needs that exist for healing..." [Read More...]

" We live and function daily in the middle world and the middle world appears confusing and at times chaotic. The distraction of this hectic and unruly place very easily diverts us from our personal mission for spiritual growth ....Our practices of meditative contemplation of ourselves as at one with the universe are intended to mitigate this sense of aloneness and smallness. Setting our intentions to believe in our power to draw strength from the cosmos allows us to function purposefully in the middle world and to act fearlessly in the face of challenges..." [Read More...]

"Suffering is nothing more than a lack of consciousness. The more conscious you become, the less you suffer. The act of raising your consciousness is really a process of letting go of every thought that causes you to suffer. This process can take considerable time, but it does work. Every step you take in this direction will yield an improvement..." [Read More...]

"You deserve so much more than what these small particles of fear want for you. You deserve to become one again, one with your spirit, one with All of creation, so do not be stopped in your tracks by these annyoing little speed bumps trying to set you off course. For the future is ever so much brighter than what these voices try to tell you. So keep breathing, and keep going, and know that you are not falling short in any way, even if you feel despair seeping in from all directions..." Surviving the Physical Aches and Pains of Ascension 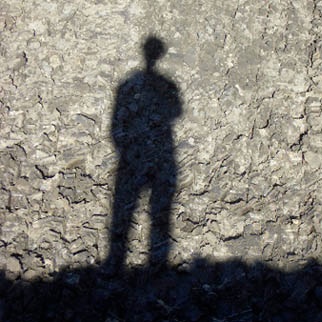 The Road to Awakening

"All of one's heart and all of one's mind can be focused on the process of spiritual movement, for this process claims to be the most central one within a given lifetime. And yet there is sometimes fear of allowing it to become as important as it actually is because of practical considerations, relationship concerns, and a deeper level issue that has to do with trust..." [Read More...]

"If you cannot allow yourself to be alive in the moment you will miss out on an amazing experience. This is the experience of feeling alive in all the cells of your body as if you are filled with vitality. If you are not feeling the essence of vitality in your bones, in your pores, in your very core, then you are missing out on the momentous occasion happening right now..." [Read More...]

Interpersonal Communication and the Awareness Gap

"Have you noticed that when you communicate with another person, sometimes you get a wonderfully effective exchange of information that leaves both of you changed for the better, and other times you just seem to butt heads with both of you only becoming more entrenched in your views? The difference is that when you and the other person are at a compatible level of awareness, communication will be smooth and effortless. But when your awareness levels are incompatible, communication is largely ineffective.." [Read More...]