The “spiritual quality of food” is not a metaphor: food contains a light fiber energy which is as important to our sustenance as vitamins and proteins, but which is not susceptible to chemical analysis.

“I then asked (Dr. Steiner), ‘How can it happen that the spiritual impulse, and especially the inner schooling, for which you are constantly providing stimulus and guidance bear so little fruit? Why do the people concerned give so little evidence of spiritual experience, in spite of all their efforts? Why, worst of all, is the will for action, for the carrying out of these spiritual impulses, so weak?’ “Then came the thought-provoking and surprising answer: ‘This is a problem of nutrition. Nutrition as it is today does not supply the strength necessary for manifesting the spirit in physical life. A bridge can no longer be built from thinking to will and action.’” – Ehrenfried Pfeiffer, from the introduction to Agriculture – Eight Lectures by Rudolf Steiner We all know that “you are what you eat”; and many of us are becoming aware that this maxim has a spiritual as well as a physical dimension. We know we simply feel better when we eat well – when our bodies, rather than our minds, dictate what we should eat or not eat.

Many of us have experienced a complete change in attitude and outlook on life by simply changing our diets. Whole bodies of thought, such as the Jewish kosher laws and macrobiotics, have evolved to stress the spirituality of food, to emphasize its sacredness.

The “spiritual quality of food” is not a metaphor: food contains a light fiber energy which is as important to our sustenance as vitamins and proteins, but which is not susceptible to chemical analysis. And just as the vitamin and protein content of food can be diminished by processing or overcooking, so too can the light fiber content of food be diminished by disrespect.

Light fibers are actually the same things as good feelings. When we feel good, we literally glow. When a food plant or animal feels good, it glows. Even when it is killed for food, the glow remains as long as the killing was done with respect; that is, with a sense of connectedness and gratitude rather than mechanically.

A farmer puts the glow into his plants and animals by treating them with respect – by respecting their feelings. Practically all farmers farm for the love it; they sure don’t do it for the money. They feel joyous as they ride their tractors up and down their fields, and that good feeling is communicated to the soil and plants. Similarly, most dairy farmers not only address their cows as individuals, but they also develop quirky personal relationships with them. Therefore, from a light fiber point of view, our vegetable and milk supplies are still relatively safe. Most egg farms, on the other hand, are run like Auschwitz, and that’s what makes eggs poisonous to eat (not their cholesterol).

But in America today we mine food, extract the nutrients out of it, strip it, rape it, and throw it away. What little nourishment for the spirit is left in food by modern agricultural and processing methods is completely destroyed by the way we eat it. We use food in a most disrespectful manner – stuffing it in gluttonously whether we are hungry or not, whether it tastes good or not, whether we really want it or not; and then we waste food as if to piss on it. Like sex, we have turned eating from a joyous, spiritual act into a source of great shame.

An infant doesn’t conceive of his food or his mother as something separate from himself; he doesn’t feel more important than his food, and therefore doesn’t feel disconnected from it. When an infant eats, he mingles with his food: he touches it, gets to know how it feels. It’s pretty, it satisfies his hunger, it makes him happy. But when an infant first sees adults eat, it makes him feel shame. This is because we adults don’t identify with our food – it’s as if our food is not a part of us, as if what we are putting into our mouths is something foreign to ourselves. We attack our food as if it is separate from us, and it is the act of eating which allows us to use it. We bite it off in huge mouthfuls like ravenous hyenas, chew it and swallow it with gulps of contempt.

We come together in great rituals like Thanksgiving and Christmas in which we engage in orgies of gluttony and wastefulness to jointly validate our shame, all the while calling it glory. And that lie makes us even more ashamed; so we lie about that one too, and call it glory. And so on. And nobody will look at what they are really feeling, because if being pigs has brought us glory, why look at what pigs we are? The reason why saints can survive on so little food is because they’re not attacking it, squeezing the life out of it, so it takes very little to sustain them. The Native Americans are able to survive on a diet of pretty much nothing but corn because they love the corn, and the corn loves them back, and they’re able to live from that love even though from the point of view of nutrition they should slowly starve to death.

While it is true that the original light fiber energy in food can be vitiated by disrespect anywhere along the line – in handling, processing, cooking, or eating – it is also true that light fiber energy, being more flexible than vitamins or proteins, can be restored to food by respecting it and treating it as sacred – by ritualizing the activities connected with it.

First of all, it’s important that you should raise at least some of your own food, even if all this means is a couple of pots of herbs or jars of sprouts grown on a window shelf. Try to throw in at least a pinch of home-grown herbs or sprouts into every meal you cook (not necessarily every dish, but every meal). Visualize yourself casting fibers of light into the food as you add your home-grown herbs or produce.

Next, bless your key, staple ingredients – salt, flour, sugar, honey, etc. You can ask any spirit helpers you are presently using to do this for you: Jesus or Mary, Krishna, nature spirits, etc. can all do the job for you. Just take them a pound of sugar, salt, or flour; address them in whatever form you are accustomed to; and ask them to please bless your ingredients. If you don’t have a spirit helper, just take the ingredients to the summit of the largest or most imposing mountain or hill in your immediate area; take the mountain spirit a token portion of something special you have cooked yourself as an offering; and ask him or her to please bless your ingredients. Don’t worry about whether you are doing it right: if you are doing it in good faith, you’re doing it right.

Keep your sacred, blessed ingredients apart from the regular ones, but whenever you refill the sugar bowl, salt shaker, flour bin, etc. add a pinch of the blessed ingredient, and imagine that you are putting light fibers in with the pinch. Observe that you must never be in a bad mood when you cook, nor must you eat food cooked by someone who is in a bad mood, or even an indifferent one. A burger from a McDonald’s where the employees are a light, happy bunch has more light fiber energy than a plate of organic brown rice from a vegetarian restaurant where the cook is bored or is angry at the manager.

You can easily tell when food has bad vibes. It’s not that it tastes bad per se; rather, it feels wrong or out of place in your mouth – there’s no incentive to chew it and swallow it. Whenever you get a feeling like this about something you are eating, spit it out. Don’t swallow it, even to be polite. Much processed, convenience food “tastes” like this – bland, insipid, effete, enervated – but people get so used to this kind of food that they can’t tell the difference any more. They just assume that feeling lousy all the time is how you’re supposed to feel, and they cease to notice that it is their food which is bringing them down.

Finally, talk to your food. Thank it as if it were alive and could understand you. Not long conversation, just a simple acknowledgment that you are aware of being in the presence of a sentient being who is worthy of your respect, who died for you, and from whom you wish a favor. You wouldn’t ask a human being for a favor in a surly, disrespectful manner; on the contrary, you would ask humbly and respectfully, and feel gratitude for the favor when granted. And that is how you must address your food: take small bites, chew it slowly and mindfully, eat in silence paying attention to the act of eating, and never eat until full.

Article Source/About the Author: Bob Makransky is a systems analyst, programmer, and professional astrologer. For the past 30 years he has lived on a farm in highland Guatemala where he is a Mayan priest and is head of the local blueberry growers association. His website is: http://www.dearbrutus.com 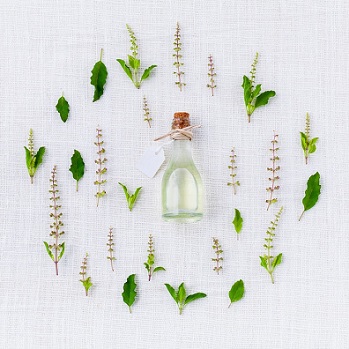 "Aside from the changes in food and diet, stress can be a major factor when it comes to experiencing digestive issues or ailments in general. The ascension process is complex and several symptoms can occur around the same time or simultaneously. Many things are changing on many levels energetically, and these changes can often manifest on the physical level and effect daily life in some ways..." [Read More...] 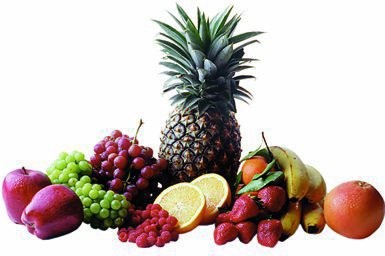 "Around the world there are people eating all sorts of different diets, none are right or wrong. At the end of the day, your best Ascension diet will be that one which is compatible with you and you alone. This will have to do with your cultural beliefs, what you personally think is right or wrong, how your body deals with human added toxins in the food and the weather environment you are in..." [Read More...]

Spiritual Food for our Spiritual Growth

"Spiritual food is whatever feeds us spiritually. It is whatever assists our spiritual growth and expansion. It is whatever nurtures and encourages us to be better people...Most of us have eaten fast food at some time and occasional use is not a problem. It is when unhealthy foods become a regular part of our diet that we are then going down the track to ill health and spiritual hunger..." [Read More...] 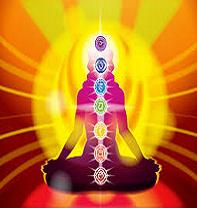 Healing The Chakras With Specific Foods