Enlightenment Is Not Just One State 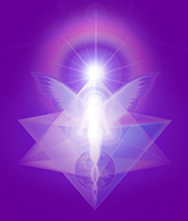 Many people has the notion that enlightenment is one state. Many also believe that when it is attained, a person is forever in that state. The following is not a definitive article on this subject. It is just an expression of my own thoughts.

My opinion is that enlightenment is not just one state but is a progressive and gradual establishing of states of consciousness. I, myself have not reach the end of the road. But from years on a spiritual quest, I can safely say that enlightenment happens in a series or stages of self-realisations and self-discoveries.

Usually there is a difference between an initial awakening and a later stabilisation of that stage that happens through practice or experiences. The initial awakenings are new discoveries about the dynamics of consciousness, while the stabilisation is the assimilation of what is being discovered into one’s life experience. Sometimes, a new discovery can completely over-rule or modify upon an older one.

Almost all stages of enlightenment can be said to be associated with Presence. However, the enlightening Presence comes in various degrees of intensity and clarity. The degree of intensity is directly dependent on the level and depth of one’s clarity as well as one’s realisations/discoveries. Also, as one progresses along, the relationship or connections of oneself to the universe and existence at large also becomes clearer.

Below very briefly illustrates the progressive and stage-based nature of

When one first begins meditating, one may first experience the all-pervading Presence. This Presence, is most often experienced when thoughts are momentarily suspended. This Presence which exists in the Eternal Present Moment is our true self.

However such an experience can only be classified as an awakening to the true self.. which is no-self. This is because, after the meditation, the Presence seems to have disappeared. One cannot understand and find the connection of presence to our everyday life. Therefore one will have difficulty re-acquiring the Presence. And it takes many stages and series of realisation to understand the relationship of Presence to our phenomenal world. It can be said that the prolonged sustaining of Presence is dependent on the stages and depth of realisation.

Usually, in order to pass through the ‘I AM’ stage, the person must move unto even deeper understandings. These understandings may include realising that one’s personality is not the doer of action. This stage may persist for a while before the person realises the illusion of subject-object division. This stage involves recognising the hypnotic impression of there being an observer and the being observed. Here is where one begins to see through the illusionary nature of our phenomenal world.

I cannot comment on the stages before me as they are beyond me. Nevertheless, one can still see from the above description that enlightenment is not so straight-forward after all.


Back to: Ascension Articles A New Definition For the Ascension of Humanity Enlightenment and Ascension - What Is It Really?

Enlightenment and Ascension - What Is It Really?

"The speed and process of Enlightenment and Ascension is really a uniquely individual process that is accomplished (with our own effort and hand) by removing the vail of unawareness and rejoining the parts of "Self" that needed to be temporarily let go of..." [Read More...]

"The Ascension is explained by those in spiritual circles as an alchemical process meant to assist humans in evolving to a higher level of existence. In other words, humanity is thought to be ascending out of 3D reality (physicality) to a higher dimensional state...." [Read More...] 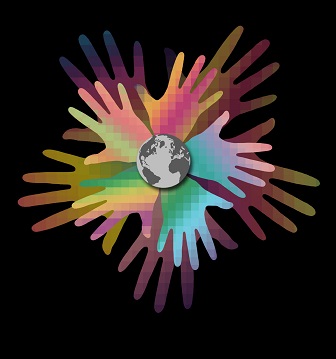 “Ascension in my experience pertains to the complete and unbridled expression of what I call one's "Authentic Self". The Authentic Self is essentially what many refer to as a human being but "stripped" of the so called life history they have been imprinted and programmed with...” [Read More...]

“Love is the energy vibration of Creation itself. It is the frequency which creates, destroys, re-creates, and embraces all of the stages as part of the whole. It is the energy which allows for every THING seen and unseen - in this and all worlds. To Love without condition is the omnipresent Source of All...” [Read More...]

“ The universe is not opting for good or bad incidents to toss at our feet; it simply provides the life force that offers us the opportunity of choice of response. We select the attitude, the emotional state, and the degree of self-assurance that we desire. How we choose to address the conditions that we face will determine the impact of the challenges...” [Read More...]