A reader of my articles emailed, saying my recent article left her feeling a bit unsettled about the role of the Galactic Federation in the Earth's Ascension process and asking why I was so quick to believe Laura Tyco's recent channeled message from SaLuSa over those of Michael Quinn. "It's getting so that we can't believe anything that's channeled anymore," she wrote. (Which may be the point.)

It's not that I believe one channel over another, it's that sometimes what a channel says resonates with me and agrees with my experience, and sometimes it doesn't. There are different reasons for this: Sometimes the channel may have personal beliefs that distort the higher being's message, sometimes the message that comes from the other side isn't of the highest perspective. Each sentence that comes through must be discerned, regardless of how trustworthy a channel appears to be.

In this case, Laura Tyco's message that the Galactic Federation would not cheat humanity of the experience of achieving victory over the dark resonates with my personal experience, and it's what I have known for several years to be true--even as the majority of channels were spreading the idea that the Galactic Federation (or some other higher, God-like being) would arrive (in spaceships, on a white horse, on a cloud) to finally set things right on this planet.

We are not to believe everything (or even anything) that's channeled but to "try it out," to see if it resonates for us, or works for us. There's nothing better than deep, firsthand, direct experience (along with deep inner contemplation of the experience) for discerning what's real and what's not.

The following message from Laura Tyco's SaLuSa is so important I will repeat it:

"It would mean such a loss for most of you to steal you from your victory in duality... Our presence now would interfere with your progress and in learning and discovering who you are, discovering your place in the scale of the Universe...We wish to be joining you once your Level of Vibrations have reached the required level for peace and harmony to be a reality on your planet. This is fully within your grasp dear ones, we have no desire to take anything away from your victory." -SaLuSa, channeled by Laura Tyco, August 27, 2011

Most people have not yet discovered the gifts of going through the dark, so this may be hard to see right now. In any case, it's all about going through the experience of the dark and coming out on the other side having personally realized its amazing benefits, rather than merely forgiving it, or "positive-vibrating" it away. This is called the Ascension process, and it is activated when you get to the point when you follow through with your higher self's guidance promptly and consistently.

My reader agreed that she didn't think the Galactic Federation was going to rescue us, but she was hoping for help in other ways, for example in cleaning up Mother Earth.

Getting help from the Galactic Federation in cleaning up the Earth is not out of the question. However, the world needs to first get to a point where there's cooperation amongst peoples and countries--and that's when the Galactic Federation can come and cooperate with us on a physical level. (We are taking care of the Earth and they come and join the party...) Right now I see this level of cooperation sorely lacking--even within families, even within individuals themselves.

The Galactic Federation will join us one day, but it will be when we no longer need them to resolve things for us because we have gotten to the point where our consciousness is raised so much that we know we can get things worked out on this planet. At that point, when we have real cooperation and real Interconnectedness happening on this planet, they can join us. This is the divine plan.

Article Source/About the Author: Christine Hoeflich is the author of the hardcover What Everyone Believed: A Memoir of Intuition and Awakening (a memoir of her ascension experience) and the eBook Activating 2012: A Practical Guide to Navigating 2012 with Confidence and Clarity (a how-to guide to ascension). 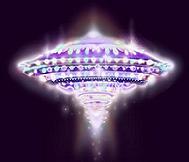 “An Ascended Master is, in the esoteric Metaphysical term, a human who has resolved all past issues and memories that have been experienced healed and released through multiple incarnations into physical form, rising to inhabit the Etheric Plane...” [Read More...] “Ascension is the act of moving upward, the transcendence of ordinary conditions of existence, the scaling to new heights of awareness and consciousness. The different dimensions we aspire to offer opportunities to create our own conditions of being and to discover the magical qualities of a fully realized life...” [Read More...]

“So if you are questioning the sanity of all of this---just look back at your lives from the past decade until now and see how much the world has advanced in its rapid movement of acceleration and in the polarization of opposites. It is all around you and cannot be discounted anymore. You have come here to understand the ascension process of the human race and how it affects not only the planetary consciousness, but also the universe around you..” [Read More...]

“The present confrontation between light and darkness is of cosmic proportions, that is to say that it is not only taking place on the earth but in the solar system, galaxy, and beyond as well. This is due to the fact that what influences one planet influences a much larger sphere of vibration...” [Read More...]

“Does it really make sense to convince yourself to believe something that may or may not be true? Where do you draw the line?...Understand that beliefs are decisions. They are choices. When you hold a belief, you aren’t merely observing reality — you’re actively creating it...” [Read More...]